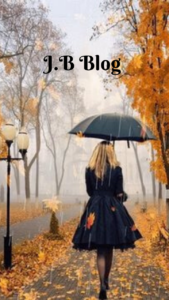 Children do not ask to be born, nor are they capable of taking care of themselves or others. It is not a child’s job to control their living environment, their daily needs, or the stability of the world we bring them into. Children have as much control over their selfcare and needs as an adult has over the weather.

I spent several years resenting my parents for bringing me here. I could not comprehend why they would bring children into a world full of fear to bear witness to such violence, neglect, and abuse. I could not fathom how a mother could send her babies away to a children’s home nor could I understand how a father could use his children as an emotional and physical punching bag. Then to watch these people discard their original offspring and go on to build whole new families of their own; each of which were as dysfunctional as their first.

It took almost five years after the death of my mother to finally put all the pieces of our pasts together. However, even had I of known the truth whilst she was living, I had no power to change the train wreck that constituted her past. My mother was neither a drug addict nor an alcoholic. She came from a good family, or at least that is how it looked outwardly, and she was well loved. Only no one in her family knew that she was being molested. So, like the many before her, and the many after her, this is where the reckless journey of heart ache and horror begins. Married at seventeen, battered, beaten, and broken, with four children by twenty-two, she was thrown into a cruel, abusive, and unsupportive world in which she stayed until she drew her final breath.

I try not to believe parents consciously set out to deliberately harm their children. Sadly, the future of the children becomes collateral damage due to the poor choices and decisions some parents can make. Often on these journeys the whirlwind of destruction builds strength and the family members grows in numbers, adding more innocent victims to its tally. Hence adding to the necessity of secrets and lies along the way. I cannot speak for all but I for one certainly did not need to be instructed to keep the families filthy secrets in check. Shame and embarrassment were enough to keep my lips tightly sealed. I could not stand the thought of other children or adults knowing that I was not well nurtured or disclose to them the multitude of abuse going on inside of our family homes. This dysfunctional pattern confined myself, my siblings, and my cousins well into adulthood. As instructed, keeping the family secrets and reputation were indeed of the upmost importance.

The often-unimagined danger of imprisoning children within family secrets and lies is the fact that children do not remain powerless forever. Eventually they grow and break free from the hold of the family. They begin to investigate and discover different paths and maps of the world. They ultimately discover the people who live in it and how different they are to them. As children reach these milestones, they begin to understand that the way they have been raised is significantly different to others. They start to realise that they have been short-changed within the love and nurture sector of their lives. They start to see they have been damaged. They begin to resent the very people who created the chaos and the addiction some children suffer with because of it. When chaos is all they have ever known, chaos can, and does, become addictive. For some, the desperation to break that addiction will cause families to crumble. Family members will splinter away from the fold and the empire of corruption will topple and fall. The hate and venom that can spew from the once sealed lips can cause irreparable damage and the once huddled and hurt can become enemies or even strangers to one another. I was one of those children. Eventually, after years of battle, I packed my suitcase and set sail to a destination of freedom. Free of the toxicity, free of the chaos and free of the addiction to it all.

In amongst the dysfunction that constituted my family, I am thankful to be someone… Anyone. I am perfectly happy to be my imperfect self and I am truly relieved to have broken those toxic bonds that bind. I am comforted to know that I have finally escaped the pressures of trying to be someone I am not. Although I would never reunite with the people who almost destroyed me, I wish my blood family well. I hope that one day they too can escape and recover from the lies, the secrets, and the pain we were forced to endure as young, innocent children. J.B

“True healing begins once your story is told out loud.” ♥J.B.♥